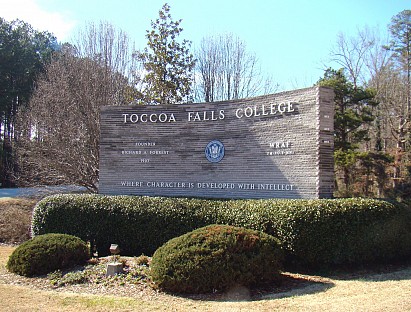 This is an informal talk I gave to a class preparing to evangelize Russia. They were reading a brief history of Russia. I wasn't able to see the text they were reading beforehand, so I foolishly assumed that, surely, it would include a chapter on the Orthodox Church, and they'd have some basic information. I've always found TFC students well prepared, so I had no real concrn. A few minutes before the class I saw the text. There was virtually nothing in it at all about the Orthodox Church. Had I known this, I'd have prepared differently. I went with what I had. One student was looking forward to comparing belief-systems, which I didn't want to do, so maybe it was ok after all. Most of them had just visited St. Timothy for the Divine Liturgy, so there was that. 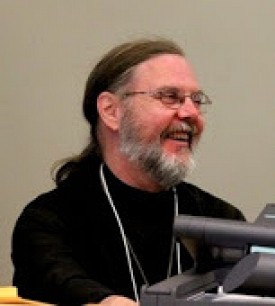 Who Goes to Hell?

Fr. Lawrence gave this presentation on Orthodox Christian teaching about salvation [which was titled by someone other than himself], at Furman University, Greenville, SC, the night before he gave it to us at St. Timothy Orthodox Church, Toccoa, GA. Here is a recording of the Q&A session at Furman University:
Furman Q&A The Great Schism in (some) Context

Jesus Christ:  Fulfillment of the Creation of Man

Fr. John Behr is the Dean of St. Vladimir's Orthodox Theological Seminary, Crestwood, NY, and author of The Mystery of Christ:  Life in Death.

Here is the lecture in two parts:
Part One (43 min) Archbishop Alexander, Bishop of the Diocese of the South.
From 1989 until 2012 Archbishop Alexander taught Patristics at Marquette University in Milwaukee, WI
Of his many writings, Mystagogy: A Monastic Reading of Dionysius Aeropagita, is of special interest! Praying With the Church

The Gurus, the Old Man, & the Elder Paisios The Gurus, the Old Man, & the Elder Paisios Dr. Jeffrey last spoke to us in 2017. He returned Sunday, August 20th to update us on his missionary work teaching at an Orthodox seminary in a majority Muslim country where the secularized government barely recognizes the value of the Orthodox Christian faith. at St. John of the Ladder Orthodox Church - Part One

Seeking the Path to the Kingdom of Heaven:

1. The Mind & The Heart: An Orthodox Anthropology
Q&A

3. The Sound of Silence
Q&A

4. Finding The Place of the Heart
Q&A NOTE:  The original Video version of this series is again available. Speak to Fr. Jacob about borrowing or buying a copy. The MP3 version is right here!

Every priest has had the experience of realizing he is as much preaching to himself as anyone. Curiously, when this happens, it often also happens that the same priest hears from one or two parishioners, "I felt you had singled me out and were preaching to me." As I say, curious. As it turns out, in these lectures, John Mack was preaching to himself as much as to anyone. The tragedy is that this eloquent speaker lost the spiritual struggle he described so well. Hearing the word, and even speaking the word, is not the same as being actively engaged in living by and doing the word.

A few years after this series of dramatic and effective, but disturbingly triumphalistic presentations, Fr. John left the Orthodox Church to become an Eastern Rite Roman Catholic Christian priest. At that time, he explained that, "Our decision [meaning himself and his wife]... was not made in haste but only after a long and intense internal (and familial) debate. We had to struggle with our own deeply sectarian (us versus them) perspective that we brought with us into Orthodoxy from our Protestant roots. (Let me repeat with emphasis:  this sectarian attitude was brought by us into Orthodoxy; I do not believe that it is "natural" to Orthodoxy.) We finally realized that the only way we could put our own sectarianism to death was to enter into communion with the Apostolic Church of the West while continuing our spiritual journey within the Eastern/Orthodox spiritual and sacramental traditions. - Fr. John Mack" 1/6/07  http://www.byzcath.org/forums/ubbthreads.php/topics/218855/2.

Fr. Mack had fallen back, and "reasonably" justified falling into a rear-guard position of self-defense. But the fact is that insight and intellectual understanding cannot save us. Within the following two years, Fr. John left the priesthood altogether, and then finally, he and his wife were divorced. All of this is a very great spiritual tragedy. Let none of us one dare cast stones. This is a cautionary story. Intellectual understanding is no substitute for humble spiritual struggle and absolute commitment not to depend on one's own self and "my strong will." Individualistic spiritual triumphalism has no place in marriage; or really, in Orthodoxy itself.

In his excellent book, Love, Sexuality and the Sacrament of Marriage, Fr. John Chryssavagis writes, "Very early in its existence, the Church had to decide whether it was to be, here on earth, a community for imperfect, yet complete, indivisible humqn beings or a kind of museum of ...religionists. It id not choose the latter. It understood well the profound significance of sin and failure for human growth and integration."

Orthodox doctrine and teaching alone cannot save us. We cannot use them as self-defensive tools or weapons. We must repent and live life first-hand. Living an Orthodox Christian life means never living life second-hand life; it means no more "seconed-hand God."

This is probably one of the few places and perhaps by now the only place these exceptional talks can still be heard. They are an embarassment to many. I offer them as an acurate, if at times over-wrought, explanation of the difference between an Orthodox and a Western vision of marriage. I also offer them with a caution. Orthodox Christian marriage ought to be entered into in a spirit at least as serious as that into which monasticism is entered. It is a spiritual calling.

Part I -  Whatever Happened to Marriage?

Part V -  The Nature of the Marital Cross

Lewis At Home In Oxford Lewis at Home in Oxford

This wonderful lecture was recorded by my good friend Jefferey Macdonald, at Texas State University, where Walter Hooper, a North Carolina born gentleman who served C.S. Lewis as his secretary during the last few years of Lewis' life, gave this presentation. This is well-worth listening to! What is Culture? -  Soil for the Sower